David Munrow: thoughts on vibrato and a glimpse into his record collection 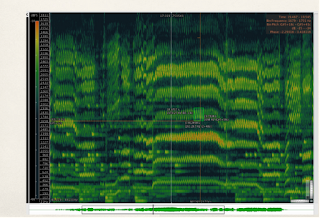 Written for the NEMA conference 2009: Singing music from 1500 to 1900:style, technique, knowledge, assertion, experiment
published by the University of York, edited by John Potter and Jonathan Wainwright

This paper explores the literature and discography that David Munrow used as the basis for his own opinions on vibrato. He collated his findings in an unpublished paper entitled, simply, ‘Vibrato’.
In his paper Munrow outlined some of the arguments about vibrato that he encountered in print and began to relate them to a number of recordings. However, without access to laboratory equipment he was unable to undertake a detailed analysis of the sort that can now be done easily with modern sound editing and analysis software. As such, the limits of his approach become apparent when modern techniques are applied. This chapter relates measurements taken from the recordings to Munrow’s own aural observations as set down in his essay.

Please follow this link for the full paper
http://www.york.ac.uk/music/conferences/nema/breen/

Posted by Falsettist at 19:07 No comments: This fascinating documentary from 1976 is, somewhat surprisingly, one of the few filmed interviews with Alfred Deller. Surprising because Deller is really the first countertenor of the modern era, a countertenor as we know them today, and even though we are all aware of his legacy and many bons mots, it seems astonishing that there are so few extended interviews that try to give us an insight into his philosophy and artistry. It is particularly delightful that Harmonia Mundi have released this DVD set and it should galvanize scholars, performers and enthusiasts everywhere to reconsider the countertenor voice and revisit Deller's performances.

When Michael Tippett heard Alfred Deller sing in Canterbury Cathedral Choir during the 1940s he thought that 'the centuries rolled back' and after a solo debut in 1943 Deller proved to be an inspiration for many of the next generation of countertenors and composers throughout the western world. When asked on camera if countertenor was a natural voice he replied with a chuckle 'Am I a natural man?' neatly encapsulating the good nature which he bought to so much of the evangelizing he undertook as part of the popularization and development of his voice-type. His great skill and patience as an educator and communicator is one of the main themes in the interview sections of the film, Deller the consummate artist and raconteur. His eyes alight with enthusiasm as he explains that all male singers have a head voice and how he had to discover how 'to take the head voice into the chest so that I can get some real - what I call - bite in the lower part of the voice.' Now and again the camera lingers a moment too long after he has finished answering a question and one has a distinct sense of how uncomfortable he must have felt in these interviews – preferring to be a conduit through which music flows rather than as the object of an interview himself.

The film, as a whole, is well structured with short sections of musical footage between each interview segment that give us time to reflect on what Deller has explained and to see him put it in to action. The historian in me is irritated by the lack of information about co-performers either from sleeve-notes or subtitles; and frustratingly the credits are not enlightening either. The accompanying audio CD of solo song however, does list the other performers and offers a generous selection of solo song and the beautiful motet Infirmata vulnerata by Alessandro Scarlatti.

Where the impact of Alfred Deller's artistry really hits home is when he advises 'Do rehearse here [pointing to head], you can do that anytime; if you are waiting for a bus think about interpretation, think about how you will take a phrase because if you are technically in control […]the interpretation can be done in the mind.' And that is one of the neatest ways to explain Deller's approach to music – in the mind. His singing is so thoughtful and so unassuming that one feels there is still much to be learned through watching this documentary.

The film ends with footage of the Deller Consort enjoying a post-concert buffet in the grounds of a country house. 'Do you always wear such low cut dresses' Mark Deller mischievously asks one of the sopranos as he spies the camera approaching out of the corner of his eye. 'Yes Barbara, you must tell us' continues Alfred, enjoying the joke. It may be toe-curlingly English but it's a fascinating record of a really important era of change in the history of classical music and one which we have yet to fully comprehend.