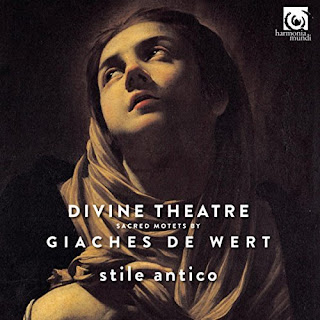 
[...] The astonishingly vivid Ascendente Jesu in naviculam, which tells of Jesus and his disciples at sea in a storm, probably best showcases Stile Antico’s extrovert potential. Alongside this, a magnificent, if rather statuesque performance of Vox in Rama offers a refined and sonorous approach characterised by the slow, soporific atmospheres that Stile Antico often favour in continental polyphony. It is testament to Wert’s emotional immediacy that this album is one of their most engaging recordings: polyphony to grab one’s attention rather than to carpet a devotional daydream.


To read the full text of this article please visit www.gramophone.co.uk (April 2007)
Posted by Falsettist at 08:45 No comments: 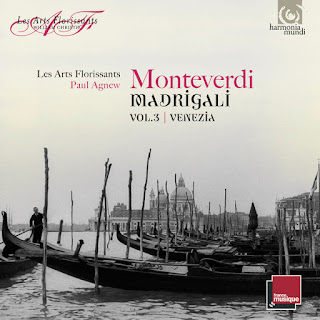 [...] Take, for instance, the little-recorded Al lume de le stelle where rising vocal phrases unfurl and look towards the stars as Tirsi is reminded of the glint in his lover’s eyes. The phrasing is incredibly spacious and even at its slowest, text is always the driving force to the extent that one can almost taste it. In the solo madrigals, Miriam Allan’s sublime singing in Con che soavità is delicately imbued with a knowing glint.  [...]

To read the full text of this article please visit www.gramophone.co.uk (April 2007)

Posted by Falsettist at 08:42 No comments: