Travel in Space, Travel in Time 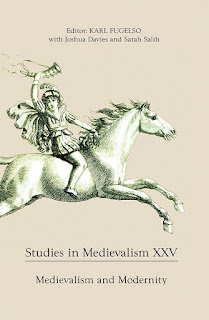 Travel in Space, Travel in Time: Michael Morrow’s Approach to Performing Medieval Music in the 1960s

Thurston Dart’s dictum “travel in space: travel in time” serves as a moniker for Michael Morrow’s London-based early music ensemble, Musica Reservata. Morrow developed a hard-edged performance style for medieval and Renaissance music throughout the 1960s and 1970s that baffled many critics. In particular, Morrow demanded “bite and attack” from singers to promote a congruent sound with period instruments. By using folk models for this philosophy, Morrow’s medievalism also displayed aspects of an orientalist approach.

The other then-major performing ensemble for medieval music in Britain was David Munrow’s Early Music Consort of London. Munrow took a different approach to performance, an approach driven by his belief that early instruments attempted to imitate the human voice. Both ensembles were regularly broadcast on BBC radio, and their interviews and scripts make it possible to contrast their convictions.

Taking Johan Huizinga’s notion of medieval contrast as a starting point, this essay traces several themes of medieval performance through the middle decades of the twentieth century to suggest ways in which such constructs of space and time are made manifest in Morrow’s 1969 recording of Landini’s yearning love-song Questa fanciulla. This striking performance is contrasted with another, made just days later, by David Munrow.

For full details of this publication please visit: https://boydellandbrewer.com/studies-in-medievalism-xxv-hb.html
Posted by Falsettist at 16:51 No comments: