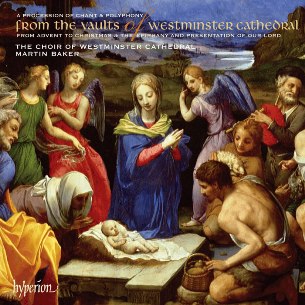 Posted by Falsettist at 21:45 No comments: 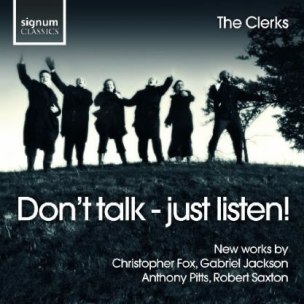 The Clerks, like many early music ensembles, have a strong interest in contemporary music and regularly perform new works. This album is a collection of their specially commissioned pieces reaching back over a decade and as such it draws together a selection of music that finds common ground in the exploration of early techniques. As Edward Wickham says of these works: 'they each represent a fascinating and innovative engagement with the compositional techniques, genres and motivations of late Medieval and Renaissance music.'

The disc opens with five motets by Robert Saxton in which biblical texts alternate with his own poetry to represent a journey. In the first motet, Dixit autem Dominus ad Abram, the biblical journey is from the book of Genesis: Abram and Sara travel from Ur to Caanan, and the parallel musical 'journey' is an exploration of parody techniques using Taverner's In Nomine melody from his Mass Gloria Tibi Trinitas. These are complex works that make for somewhat dense listening yet they yield several really beautiful moments such as the opening of Motet 2: Distant, a family travels.
The next two works are my favourites in this collection. Thou wast present as on this day by Antony Pitts is written for three pairs of voices building on a Messianic theme combined cleverly with Josquin's famous Nymphes des bois which, incidentally, featured on The Clerks' first recording back in 1993. These diverse sources lead Pitts into some really interesting harmonic territory and there is an exquisite example of this on 'glory be to thee oh lord' about 1'30' into the track.

Gabriel Jackson's The Armed Man is a cantus firmus work which uses the famous 15th century Burgundian Chanson and a prayer-like poem by Robert Palmer (1888-1916). It is typical of Jackson to find such a thought-provoking contrast; the belligerence of L'homme armé juxtaposed with the quiet disbelief of a poet surveying the battlefields of the first world war, and out of these he construes haunting sonorities especially in the middle section when the soprano sings 'lord, how long / Shall Satan in high places…' over a chorale form of L'homme armé. It's really arresting stuff and The Clerks never sounded so good.

Robert Fox contributes an interesting piece; A Spousal Verse, full of rich alto sounds and gentle spiraling harmonies. Then his cycle 20 Ways To Improve Your Life forms the central section of this disc. It is a collection of short settings of advertising copy and some bespoke prose - a take on Cries of London if you will - resulting in a miscellany of punchy pieces with amusing words. In such short bursts it's hard to discern a compositional procedure as such but there are obvious examples of word painting that work nicely and are quite humorous. I am not entirely convinced that they suit The Clerks so well as they are bitty and, frankly, I find it frustrating that they almost never get going. 'Found' texts such as these often make for great compositions (I'm thinking in particular of Jocelyn Pooke's Box Story) and these settings by Fox are certainly great fun, but I don't find them particularly engaging.

Three Contrafacta by Ian McMillan (a 14th century Caccia), Edward Wickham (So ys emprentid: Walter Frye) and Ian Duhig (anon. Ite Missa est) honour the old tradition of setting new texts to old music. Ian Duhig's After the Mass is particularly good. The album ends with a monumental setting of the Te Deum by Gabriel Jackson which, despite its complexity and density The Clerks (and singers from the Choir of St Catherine's College, Cambridge) sing with panache.

This music is incredibly well performed by The Clerks who never fail to impress with their keen musicianship and vocal prowess. In particular, Wickham's female altos make a lovely blended sound and there are several moments where the sopranos are simply sublime. This is a really fascinating album; it illustrates how inspiring early music is to modern composers and how inspiring modern music is to early musicians.

The Clerks/Edward Wickham (Signum Classics SIGCD174)
Posted by Falsettist at 21:43 No comments: 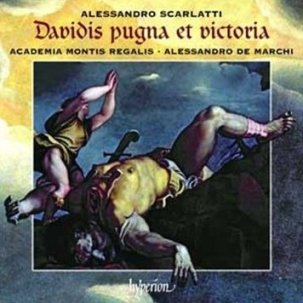