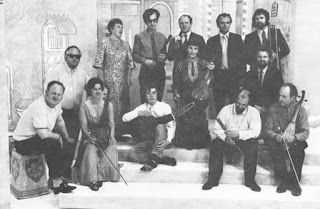 Michael Morrow (1929-94) was the director of Musica Reservata, an early music ensemble active in the 1960s and 70s with a repertoire that spanned from medieval to baroque.

Although Morrow was the director and often the editor of the editions used by the ensemble, harpsichordist John Beckett conducted performances. The ensemble included many superb musicians such as the organologist and percussionist Jeremy Montagu; recorder player John Sothcott; singers Ian Partridge, Nigel Rogers, Grayston Burgess, Paul Elliot and Jantina Noorman; and other instrumentalists David Fallows and Christopher Page, David Munrow, Anthony Rooley and Andrew Parrott. Parrott, incidentally, also conducted the ensemble in the early 70s after Beckett’s departure. Musica Reservata was not of course the only early music outfit to boast such specialist personnel at that time, but it does appear to have been quite an important meeting place for those musicians who specialised in medieval repertoire.

For the full text of this article please visit: 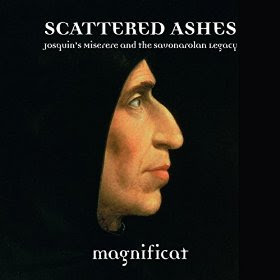 To celebrate their 25th anniversary, vocal ensemble Polyphony directed by Philip Cave have created a programme of renaissance polyphonic works inspired by Girolamo Savonarola’s (1452-1498) famous meditations written whilst awaiting execution. One contemplates psalm 50 Miserere mei, Deus and another on psalm 30 In te, Domine, Speravi. Savonarola was a Dominican friar burned at the stake for his reformist preaching, his ashes were scattered in a river to prevent supporters preserving them as relics.


To read the full text of this review please visit www.gramophone.co.uk (March 2016)
Posted by Falsettist at 19:09 No comments: 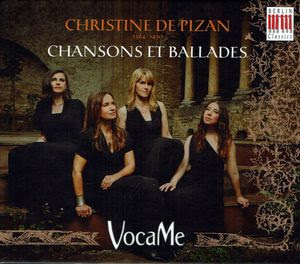 What at first glance might seem a little contrived about this programme quickly reveals itself to be a rather brilliant conceit. Christine de Pizan [/Pisane] (1364-c.1430) was a remarkable medieval writer, as Natalie Zemon Davis has described her, “France’s first professional literary woman”. The extraordinary ups and downs of her life, explored and reflected through her poetry offers commentary on the Hundred Years War, French/Italian culture and, famously, the life of Joan of Arc. Many will know Gilles Binchois’ 1430s setting of her ballade Deuil angoisseux (“Anguished grief”) marking the death of her husband, Etienne Castel, in 1390. But, surprisingly for someone of her stature and circulation, nothing else survives with music. And this is where VocaMe step in, setting her poetry; ballades, rondeaux and virelais; to music she may have known – a technique known as contrafactum. Basically: one-song-to-the-tune-of-another.

To read the full text of this review please visit www.gramophone.co.uk (March 2016)
Posted by Falsettist at 19:07 No comments: 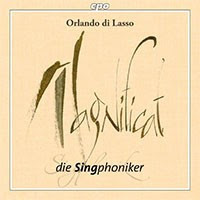 To read the full text of this review please visit www.gramophone.co.uk (March 2016)
Posted by Falsettist at 18:59 No comments: