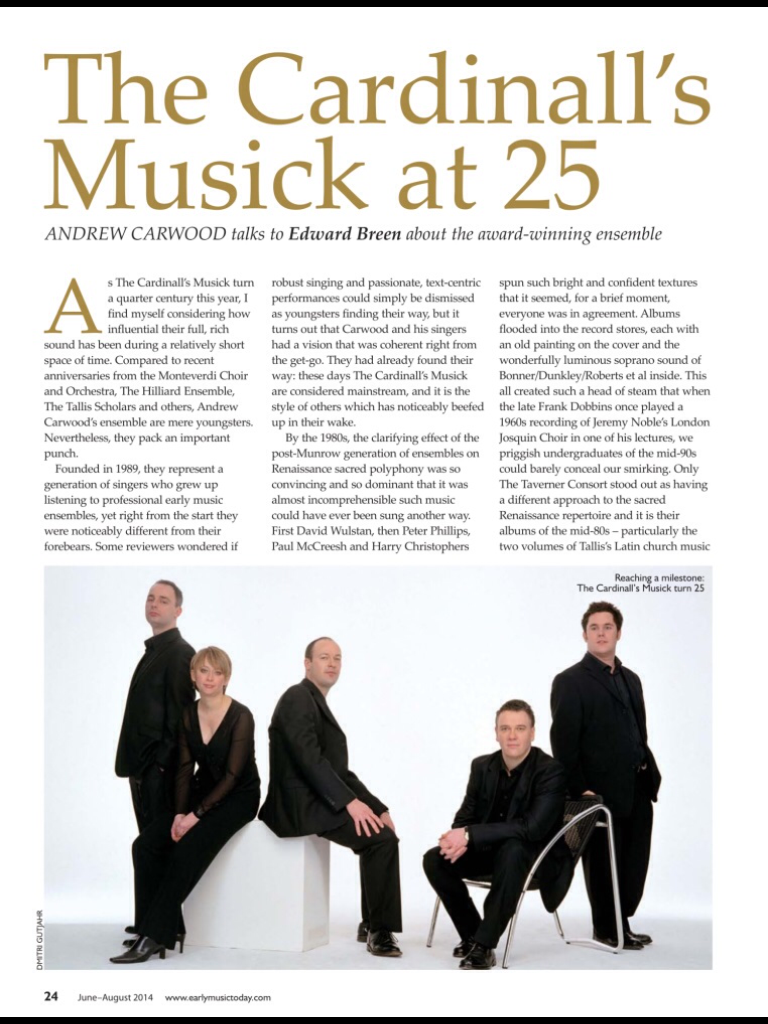 As the Cardinall’s Musick turn a quarter century this year, I find myself considering how influential their full, rich sound has been during a relatively short space of time. Compared to recent anniversaries from The Monteverdi Choir, The Hilliard Ensemble, The Tallis Scholars and others, Andrew Carwood's passionate little ensemble are mere youngsters. Nevertheless, they pack an important punch.

Founded in 1989 they represent a generation of singers who grew up listening to professional early music ensembles who were themselves new and exciting, yet right from the start they were noticeably different from these immediate forebears. Some reviewers wondered if robust singing and passionate, text-centric performances could simply be dismissed as youngsters finding their way, but it turns out that Carwood and his singers had a vision that was coherent right from the get-go, they had already found their way. These days The Cardinall's Musick are considered mainstream and it is the style of others which has noticeably beefed up in their wake.

(The full text of this article is available from www.earlymusictoday.com)

Posted by Falsettist at 15:22 No comments: