Morrow, Munrow and Medieval Music: Understanding their influences and practice 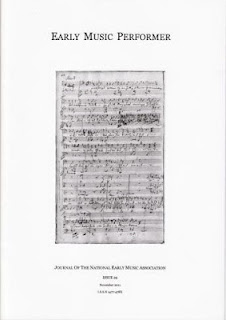 ‘Do you feel somehow something that you began with Musica Reservata has somehow been leapt upon by practically everyone else in sight?’ asked Tony Palmer in aninterview for LBC radio in the mid-1970s. ‘Well I suppose one can’t really say things like that, [pause] but in fact I do!’ replied Michael Morrow.1 Did Tony Palmer or Michael Morrow have David Munrow in mind during that exchange? If either of them were thinking of Munrow it should not have come as a surprise because he was, at that time, the other towering figure on the English Early Music scene. But does this candid exchange accurately represent the situation between two of the BBC’s most prolific early music specialists of the early 1970s? A quick glance through the concert programming of the ensembles directed by these two men certainly suggests that Munrow was influenced by his work as a performer in Musica Reservata, and this experience is heavily reflected his choice of music with his own ensemble, The Early Music Consort of London. However, one must remember that the medieval repertoire is not large, and neither was it, in the 1970s, very easy to obtain in modern editions. A certain level of mutual influence is only to be expected. However it may have arisen, such overlap provides a fertile ground for the comparison of performance practice, and my intention here is to attempt to open just such a discussion.

For the full text of this article please refer to:
EMP (Early Music Performer) Issue 29,  November 2011

A twice-yearly journal edited by Dr Andrew Woolley, containing features and articles of special interest to practical musicians, both amateur and professional. It also contains a wide-ranging list of recent journal articles dealing with issues related to performance practice.