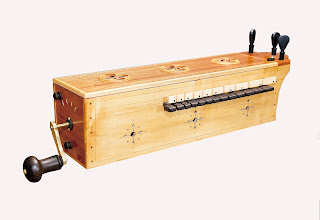 Edward Breen dips a toe into the world of kit instruments to investigate how viable an option they are for those considering a new purchase or construction project
I once saw some lovely shelves in the Conran shop, way beyond the price range of a musicologist of course, but perfect for my needs. I gazed lovingly through the window each time I passed until one sweltering Bank Holiday Monday I bought a similar design, flat-packed, in Ikea for a fraction of the price. Back at home I busied myself searching for those miniature screwdrivers saved from a Christmas cracker whilst my partner sorted the pieces into size order. Yet within hours the fiddly project ceased to amuse us and we merrily squirted the joints full of ‘No More Nails’ adhesive and slapped some duct-tape on the back. After this experience it always seemed wise to avoid anything as advanced as instrument building. However, unless a patron steps forward soon, I really can’t see any other option. I’ll just have to face up to the fact that curiosity may yet kill the cat.

Posted by Falsettist at 08:49 No comments:

Abstract for the conference: Training “Early” Musicians in the Age of Recordings (Tel Aviv, Israel. September 2013) 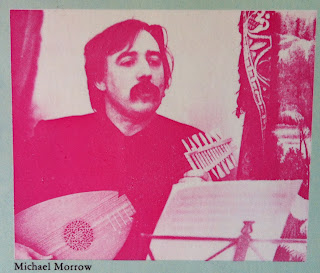 The World Was Her Oyster: (re)constructing Jantina Noorman’s Style of Singing


Jantina Noorman’s singing with Musica Reservata divided critics, one saw ‘a wealth of artistry in her sound’ whereas others saw variously a ‘parched roof’, a ‘holler’ and ‘hyenas with lockjaw’. Capable also of conventional Western singing, Noorman’s brash style was the product of Michael Morrow’s attempt ‘to recreate the past in all its glory and its horror’.

Morrow’s vision for Medieval music was based on Balkan voices and Genoese fishermen. In the early 1950s when he first heard Jugoslav folk music he was entranced by the ‘throat cuttingly precise harmony’ of a group of villagers; their combination of precision and conviction became the catalyst for his own performance practice with Musica Reservata. Morrow began to demand a solid approach to intonation combined with particular methods of articulation based on the instruments and voices that he sampled from ‘the borders of Europe’ and which Thurston Dart had mentioned in his 1952 classic, ‘The Interpretation of Music’.

This paper seeks to explore Morrow’s ideas about the performance of early music through the re-imagined meeting of three people key to success of Musica Reservata: Michael Morrow, the Dutch-born Mezzo-soprano Jantina Noorman and Bert Lloyd, a folklorist and writer banned from the BBC for his communist activities. Lloyd advised Morrow and Noorman on how to cultivate this startlingly forthright style through study of field recordings from around the world. The ideas of Morrow and Lloyd, and their passion for these seemingly ancient traditions of singing were so persuasive that Noorman developed her own unique style and rarely sang with other ensembles thereafter. Morrow is remembered as having had a ‘svengali-like’ influence over her. In Noorman, Morrow found an artist that could and would put his hard-line ideas about singing successfully into practice.

By reconstructing the thrust of Lloyd’s advice to Morrow, this paper explores how recorded sound exploded the aural isolation of Balkan culture and how such sounds provided an essential platform for Morrow to challenge the universality of Western norms in performance practice.


For more information about this conference please visit: http://goldenpages.jpehs.co.uk/2013/04/16/training-early-musicians-in-the-age-of-recordings/
Posted by Falsettist at 16:25 No comments: