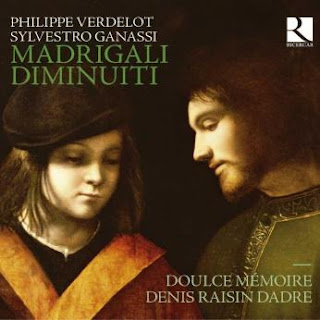 
[...]
Having established the superiority of the voice it is fitting that soprano Clara Coutouly sings so engagingly throughout this programme. Her warm tone has a beauty and bloom that infuses even the most mournful of texts with a plethora of subtle hues. In Verdelot’s Ardenti miei sospiri for example, she leans into those soft onomatopoeic sighs with heart-rending subtly.
[...]

To read the full text of this article please visit www.gramophone.co.uk (February 2017)
Posted by Falsettist at 16:25 No comments: 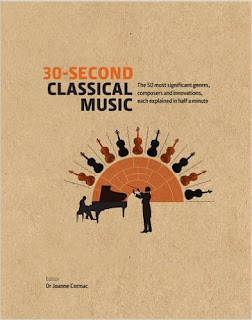 30-Second Classical Music: The 50 most significant genres, composers and innovations, each explained in half a minute
Ivy Press ISBN-10: 1782404252

[...] Hildegard believed her visions came directly from God, but writing in his 1985 book, The Man Who Mistook His Wife for a Hat, neurologist Dr Oliver Sacks noted the similarity of Hildegard’s visions to experiences of severe migraine sufferers. In her two surviving codices Hildegard’s illustrations of her visions show brightly coloured gures radiating from a central point with prominent points of light, all consistent with current medical understanding of migraines. [...]
Available from Amazon (March 2017). To pre-order click here.
Posted by Falsettist at 19:10 No comments: 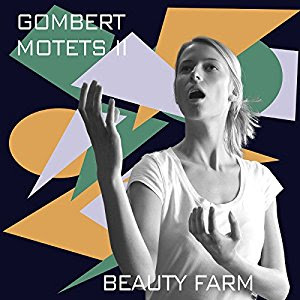 This double album of motets by Nicolas Gombert (c.1495-1560) from vocal ensemble, Beauty Farm is their second release offering several more debut recordings and adding considerably to our picture of this intriguing renaissance composer.

[...]
Yet there is so much to enjoy on this album, especially from the spicy harmonic twists of Hortus Conclusus, previously recorded at higher pitch by The Brabant Ensemble (CDA67614). This track demonstrates what is rapidly becoming the trademark style of Beauty Farm: an extremely rich, treacley sound from lower voices whose carefully cultivated homogeneity sublimates dissonance. To this end, there is a superb rendition of Media Vita which alone is worth the album price.

To read the full text of this article please visit www.gramophone.co.uk (January 2017)
Posted by Falsettist at 18:53 No comments: