Celebrating the King James Bible at 400 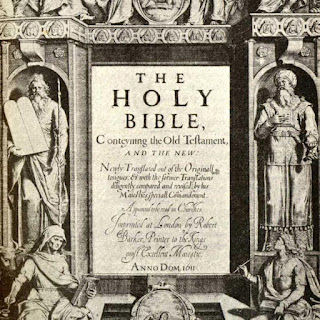 Originally written for Gramophone magazine
26 may 2011

This year marks the 400th anniversary of the publication of the King James Bible, a work that took 47 scholars seven years to translate from the Greek (for the New Testament) and from the Hebrew (for the Old). As a work of literature, the King James Bible stands on a par with the greatest works of the English language, and it has inspired millions of people down the ages, including numerous musicians. Ed Breen reflects on its remarkable power to draw extraordinarily powerful music from the composers who set it.

Celebrating the King James Bible may for many musicians feel like a slightly tangential event, but to those of us who grew up as cathedral choirboys it holds special significance as the language of many anthems that we sang long before we knew what the words meant and which first persuaded us into a life of music. Yet we are all influenced by the King James Bible whether or not we know it; one of my students commented recently that certain composers were ‘a law unto themselves’ and I’m pretty sure she has never read the bible. Indeed one can find many examples in casual speech just like this, but not all such cherished biblical English is solely due to the King James Version; there is also an enormous debt to earlier translations and, in particular, the work of William Tyndale. But at what point did the King James Version itself start to infuse the musical world?

To read the full article, please follow this link: