Medieval Folk in the Revivals of David Munrow 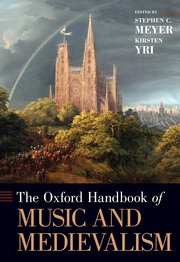 Medieval Folk in the Revivals of David Munrow
Edward Breen
The Oxford Handbook of Music and Medievalism
Edited by Stephen C. Meyer and Kirsten Yri


Abstract
This article explores the close relationship between medievalism, orientalism, and folk music in the work of early music revival pioneer David Munrow, director of the Early Music Consort of London from 1968 to 1976. The focus of this study is his last television work Ancestral Voices, a BBC series exploring myths and legends surrounding early instruments and tracing those associations through history. It also examines other popular genres prevalent on British television at the same time and suggests that through a focus on a constellation of myth, medievalism, and foreign ancestry, Ancestral Voices demonstrates a significant cultural allegiance to other key 1970s works.